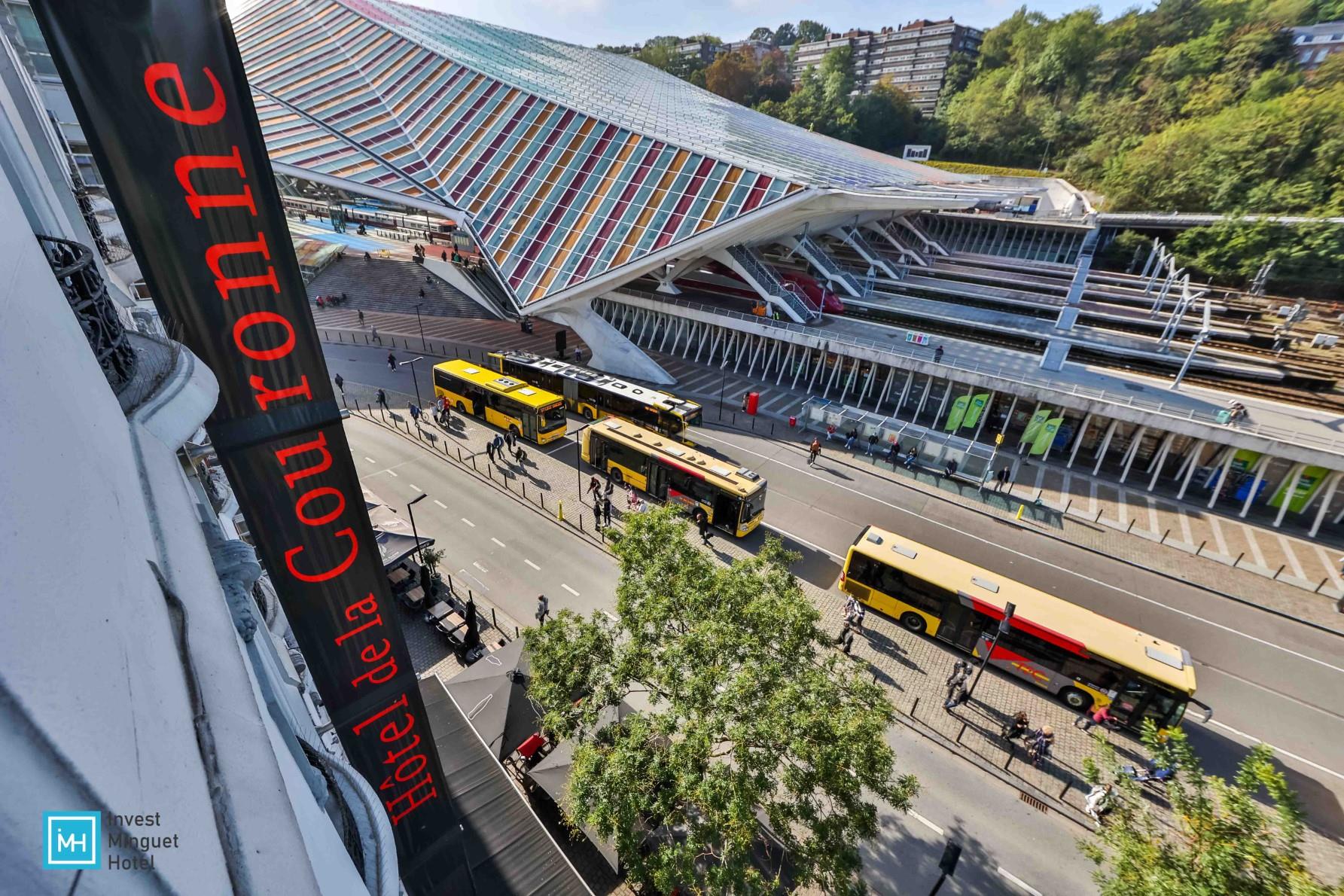 The hotel is located less than three kilometres from the heart of the city of Liege. To get there, take the central axis, namely the boulevards d'Avroy and de la Sauvenière, and then turn onto the Guillemins street. The hotel is located on the square at the end of the street.

Coming from the Netherlands or Germany, it is easy to get into Liege by leaving the A25 and then taking the Quais du Roi Albert, de la Dérivation, de l'Ourthe and de la Boverie, the Renoz street, the Albert Bridge, the Boulevard Frère Orban, the Avenue Blonden and the Rue Paradis, until number 11, Place des Guillemins.

Trains connect Guillemins station to many Belgian cities and towns. The main station in Liege is also accessible by TGV to and from major foreign cities. The station has a commercial hall, ticket offices (electronic and manual) and nine platforms. A train stops there every two to three minutes.

Many bus lines pass and stop in front of the station. They provide services to the city centre and also to the outskirts (Sart-Tilman, Seraing, Tilleur, Jemeppe, Flémalle, Huy, Visé, Wandre, Herve, Chênée, Sprimont, Comblain-au-Pont, Esneux, etc.). A shuttle bus provides transport to the airports of Charleroi and Brussels-Zaventem, subject to reservation.

To get to the city centre by bus, it takes between 15 and 20 minutes. On the Boulevard d'Avroy and de la Sauvenière, a lane is dedicated to buses. This means that there are no traffic jams, which considerably reduces the risk of delays.

From the St-Lambert, Opera and République Française squares, it is possible to take other buses to other destinations, including Flanders.