The history of the Hôtel de la Couronne

The exact year of construction of the hotel is not known. However, in 1844, the establishment was listed in the « Nouveau Guide des Voyageurs » and was managed by a certain Mestrez. At that time, the Guillemins station already existed (since 1842) as a simple wooden structure and the street where the hotel was located was originally called... the Station Street. Two hotels existed at this location: the Hotel Terminus and the Hotel Wiser (ex-Railway-Hotel).

In 1905, during an exposition, it was classified as a second-rate hotel. It was managed from 1911 to 1925 by N. Souveryns and became a limited company in 1927. Thereafter, it became « Hotel du Chemin de fer ». Georges Simenon (author from Liège) quotes it under this name in Le Pendu de Saint-Pholien. It is considered one of the most comfortable hotels in Liege, which prompted President François Mitterrand (1906-1996) to stay there in 1976.

During the last decade of the 20th century, the hotel had to close its doors due to insalubrity. In 2004, the Minguet group (Invest Minguet Gestion, which created Invest Minguet Hôtel (IMH), a limited company, in 2006) acquired it and reopened it, with 77 rooms in the « 3-star » category, on October 15, 2008, after complete renovation by the B2 architectural firm. Its operation was entrusted to the Spanish group Husa for 10 years. The IMH subsidiary has been managing it again since 2018. 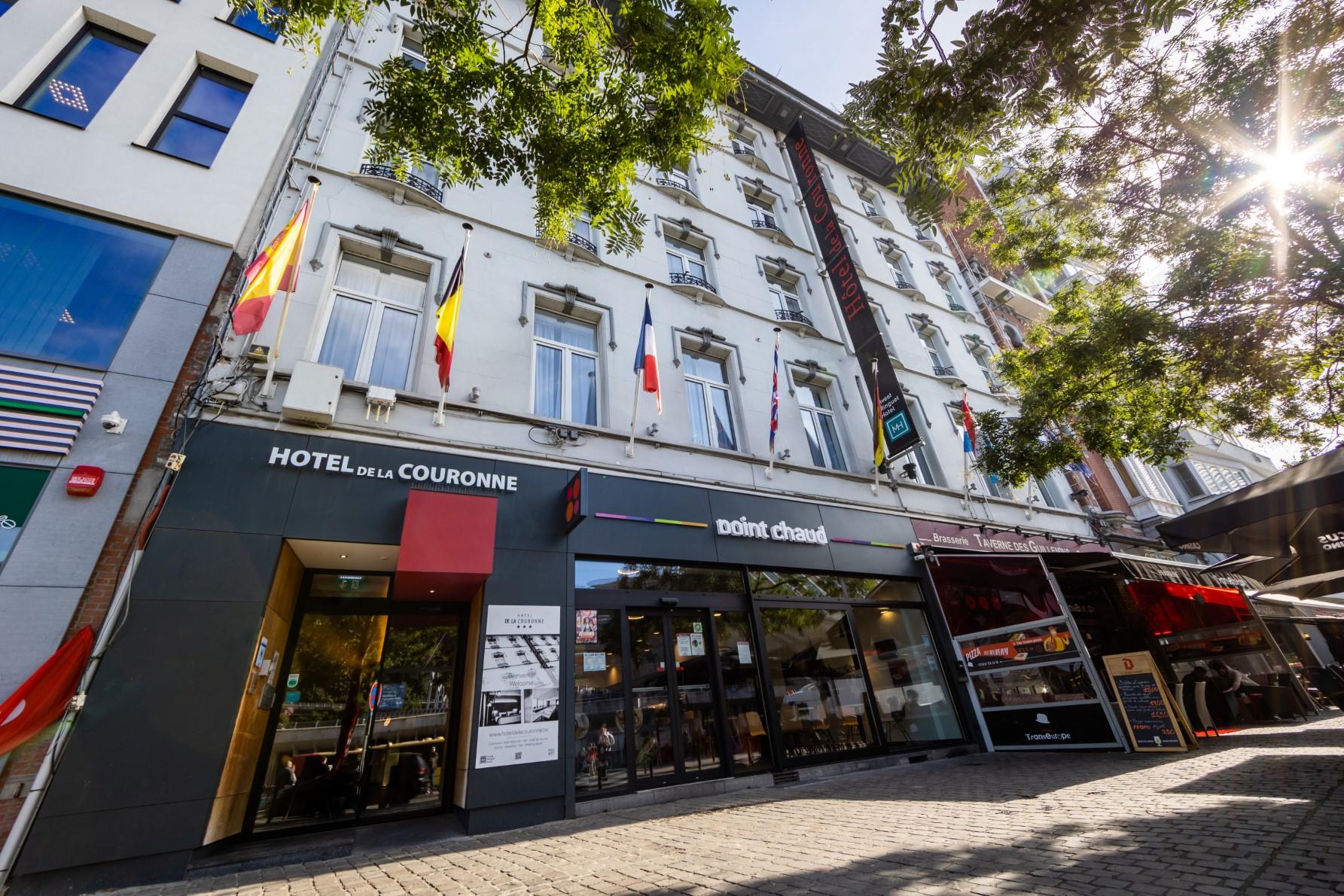